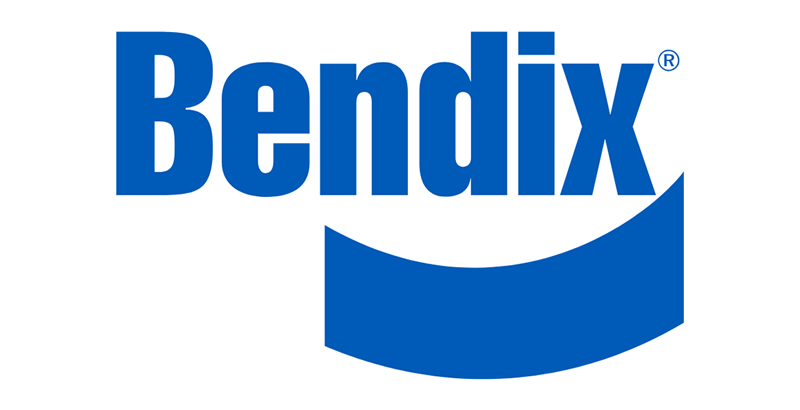 ELYRIA, Ohio – Aug. 13, 2020 – A lot can change in 40 years – and at the Huntington, Indiana, campus of Bendix Commercial Vehicle Systems, it has: What was a 30-person warehouse and distribution center in February 1980 has grown into a leading-edge, multifaceted operation encompassing multiple facilities and employing nearly 450 people across the city.

What hasn’t changed is the primary reason Bendix Huntington is marking four decades of expansion, success, and community leadership.

“We’ve always relied on our employees’ knowledge and flexibility, and their desire to do a good job,” said Christopher Camp, Bendix plant manager in Huntington. “The culture here has instilled an incredible sense of ownership in our employees, and I can’t say enough about their commitment to do the right thing – whether it’s helping to protect the highways of North America through quality, looking out for their fellow employees through workplace safety, or aiming to make our community a better place through their time and talents.”

Bendix is the North American leader in the development and manufacture of active safety, air management, and braking solutions for commercial vehicles. Its Huntington operation includes manufacturing and assembly facilities, as well as Bendix’s primary North American distribution center.

The Bendix Huntington team handles air compressor remanufacturing; assembly of electronics, including sensors, electronic control units, radar units, and cameras for advanced driver assistance systems (ADAS); manufacture of integrated modules and engine vibration dampers; and brake shoe remanufacturing. In 2019, the company acquired a new location for expansion and realignment of its Huntington campus that will bring the Bendix presence to 855,000 square feet across four buildings.

“Bendix’s growth in Huntington is not just a story of finding success in core competencies like distribution and remanufacturing, but of looking down the road, then expanding and adapting to better serve our OEM customers, fleets, and owner-operators,” Camp explained.

“For years, we were strictly an aftermarket operation; then we began manufacturing modules and developed our organization to directly support the business of major vehicle manufacturers,” he said. “Our employees learned and incorporated new machining and maintenance skill sets, raising our quality and performance expectations, and together, we all nourished a culture of growth and advancement that became our way of doing things at every level.”

Camp also noted Bendix’s vigorous cross-training program, which allows the skilled workforce to flex as needed to meet customer demands, and efforts to enhance communications by placing select central resources within the overall operation in closer proximity to the production floor.

“It boils down to continuous awareness,” Camp said. “Every employee knows they can directly impact our top two directives: workplace safety and Bendix quality. It gives them a lot of autonomy, ownership, and pride when they know they’re driving the direct results that lead to our successes. We’ve been here 40 years, and our average employee years of service over that time is 10 years – that says a lot.”

Camp continued, “Helping to enable safe vehicle operations for our customers and safer highways for all of us is always a part of how we think and what we aim to deliver. That starts with products built within the discipline of our strong, quality-driven systems and our quality approach, and is complemented by the commitment and knowledge of our team members. The accolades we receive from our partners are powerful acknowledgements of our performance and something we are honored to receive.”

“Quality doesn’t happen by chance” Camp said. “There has to be a continued, holistic focus in the forefront of our decisions – whether that’s how we design the product; how we develop a production cell with a comprehensive risk assessment; or going beyond simply training our team members how to make the parts, but also teaching them what can happen if the part is built incorrectly. Our employees learn – full circle – the why behind what we do.”

He added, “Working with our partners to understand what they’ll need from us in the future is crucial. We’re always trying to stay in front of the technological skills that are required, and we’re always looking at how to prepare our employees for new manufacturing challenges.”

Highlights in the Huntington operation’s development include:

2002 – Bendix becomes a member of the Munich, Germany-based Knorr-Bremse Group.

As one of Huntington County’s top employers, Bendix contributes approximately $26 million per year to the area’s economy through payroll, taxes, and payments to local suppliers. But the company’s ties to the region are more than just fiscal.

“We’re a fortunate group, and because of that, we’re always looking to see what we can do – both as individuals and as a business – to support the needs of our community,” Camp said. “So on the one hand, yes, we have grants that help fund large initiatives and smaller funds for more targeted projects – but on the other hand, what’s really impressive are the countless hours we see our employees volunteering or participating on local nonprofit boards, or our leaders working with other businesses in the region to the betterment of all.”

Charities that Bendix employees work with and support include Junior Achievement, United Way of Huntington County,  Boys & Girls Clubs of Huntington County, American Cancer Society, and  Relay For Life Foundation. Bendix Huntington has provided more than $180,000 in community support grants since 2013 and another $163,000 in contributions for employee-driven local projects since 2015. Between 2017 and 2019, Huntington employees spent nearly 6,800 hours volunteering in support of local causes.

“From here in Huntington, we’re proud to shape tomorrow’s transportation together with our customers and partners across the commercial vehicle industry,” Camp said. “We’re also proud to help shape the future of this community together with our friends and families – Huntington is home, and Bendix is immeasurably grateful to be a part of it.”

Bendix Commercial Vehicle Systems, a member of Knorr-Bremse, develops and supplies leading-edge active safety technologies, energy management solutions, and air brake charging and control systems and components under the Bendix® brand name for medium- and heavy-duty trucks, tractors, trailers, buses, and other commercial vehicles throughout North America. An industry pioneer, employing more than 3,400 people, Bendix is driven to deliver solutions for improved vehicle safety, performance, and overall operating cost. Contact us at 1-800-AIR-BRAKE (1-800-247-275) or visit bendix.com. Stay connected and informed through Bendix expert podcasts, blog posts, videos, and other resources at knowledge-dock.com. Follow Bendix on Twitter at twitter.com/Bendix_CVS. Log on and learn from the Bendix experts at brake-school.com. And to learn more about career opportunities at Bendix, visit bendix.com/careers.